In 1960 the City of Commerce became its own city when it seceded from the County of Los Angeles by annexing its industrial land. Since then the city has gone through dramatic transformations and renovations, however, the City of Commerce’s Central Library has remained untouched in its original location of the 1960’s warehouse where it resides.

The goal of the project was to develop a design that would cherish the library’s history while implementing innovative solutions and sustainable thinking to enhance the use of the library for future generations.

The initial investigation of the site revealed a series of north-facing sawtooth skylights that had been covered up and left unused. The design solution derives the main idea and formal gesture from these skylights along with the structural form of the warehouse. Exposing these skylights opens the space up to natural daylight, allowing the space to be flooded with diffused north light.

To create a sense of community, the design implements a retail component and a café, functioning as a multi-functional hub where visitors can find their own use, ranging from being a place for learning to a place for social networking. 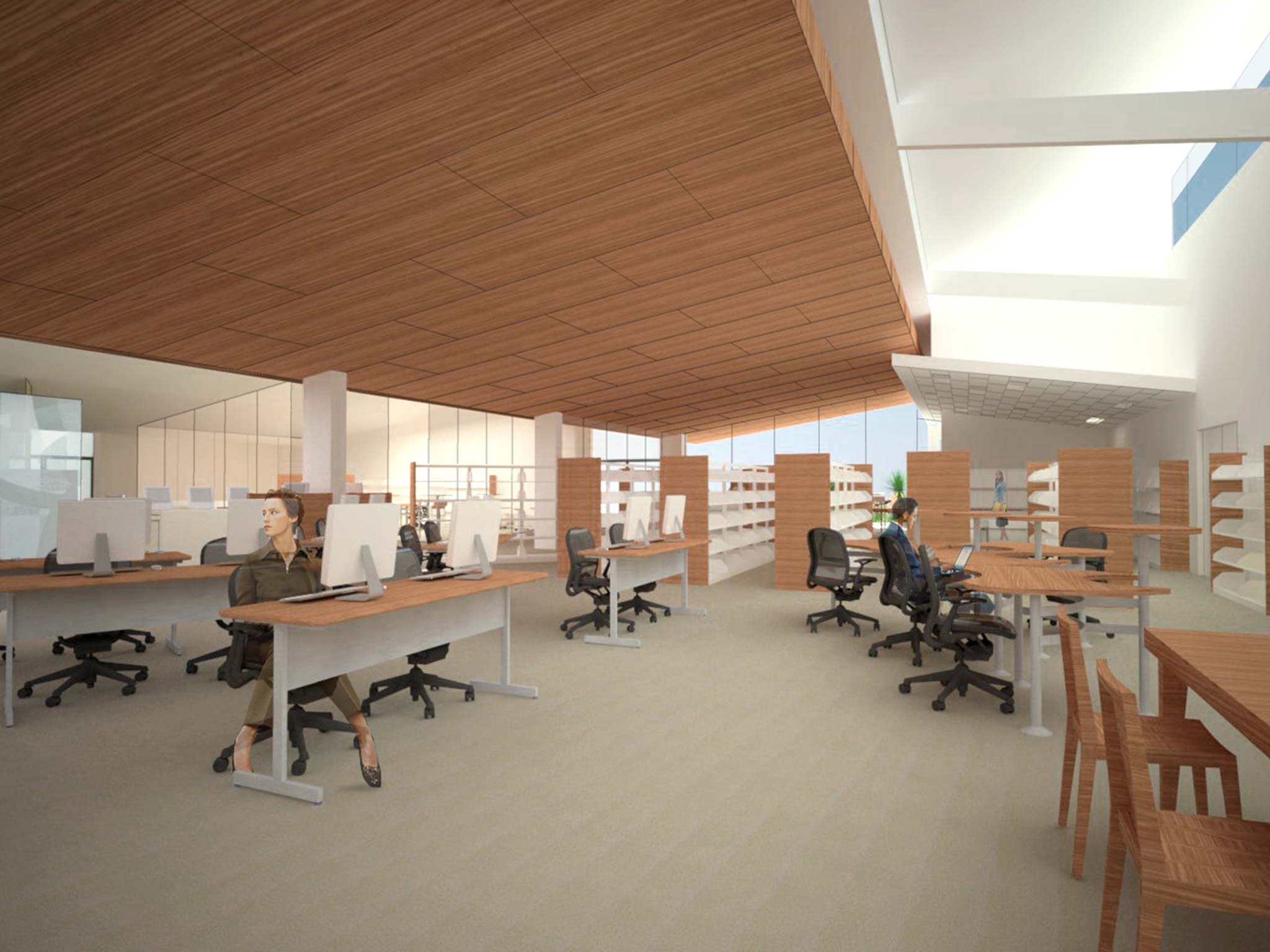 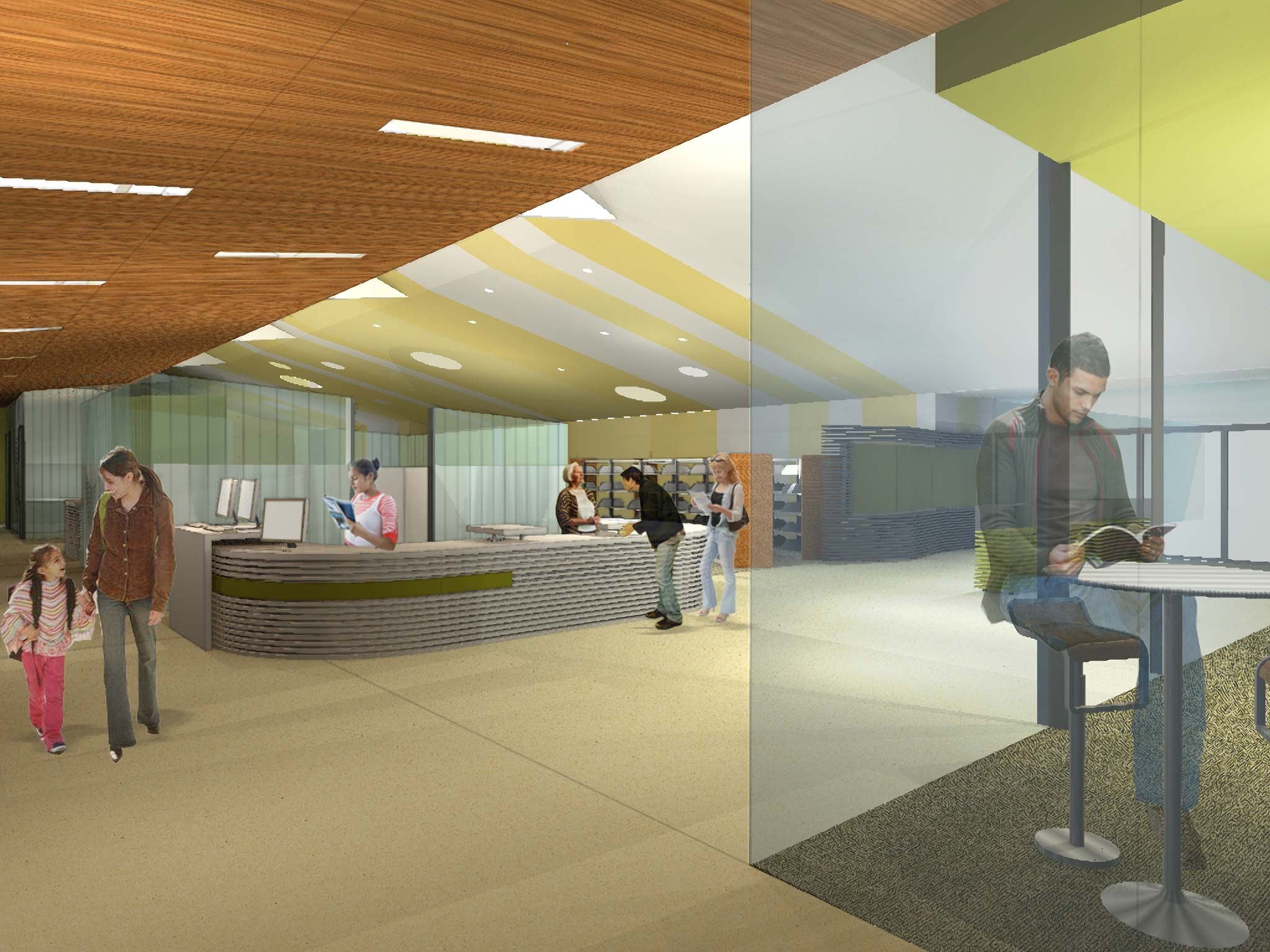 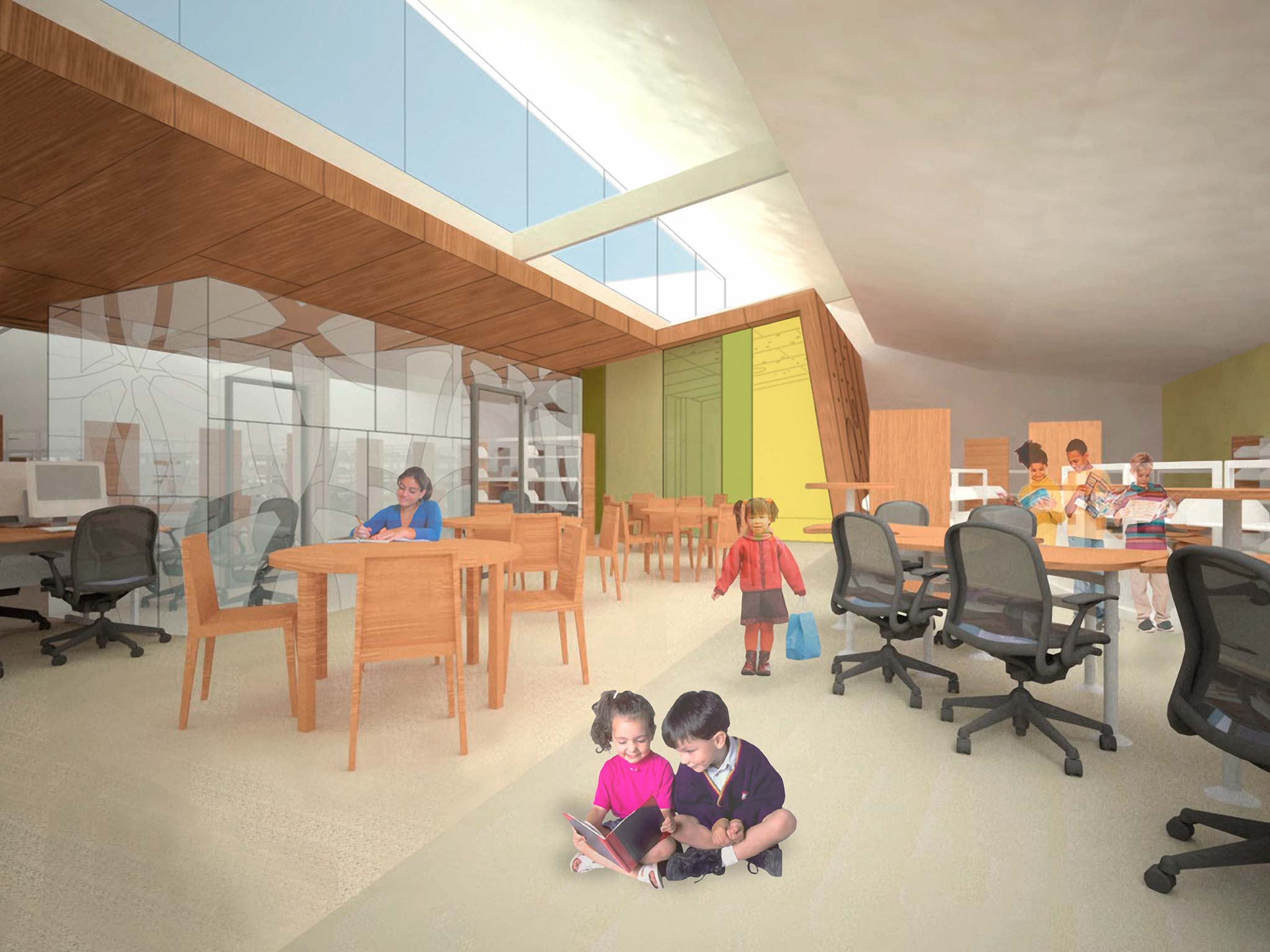 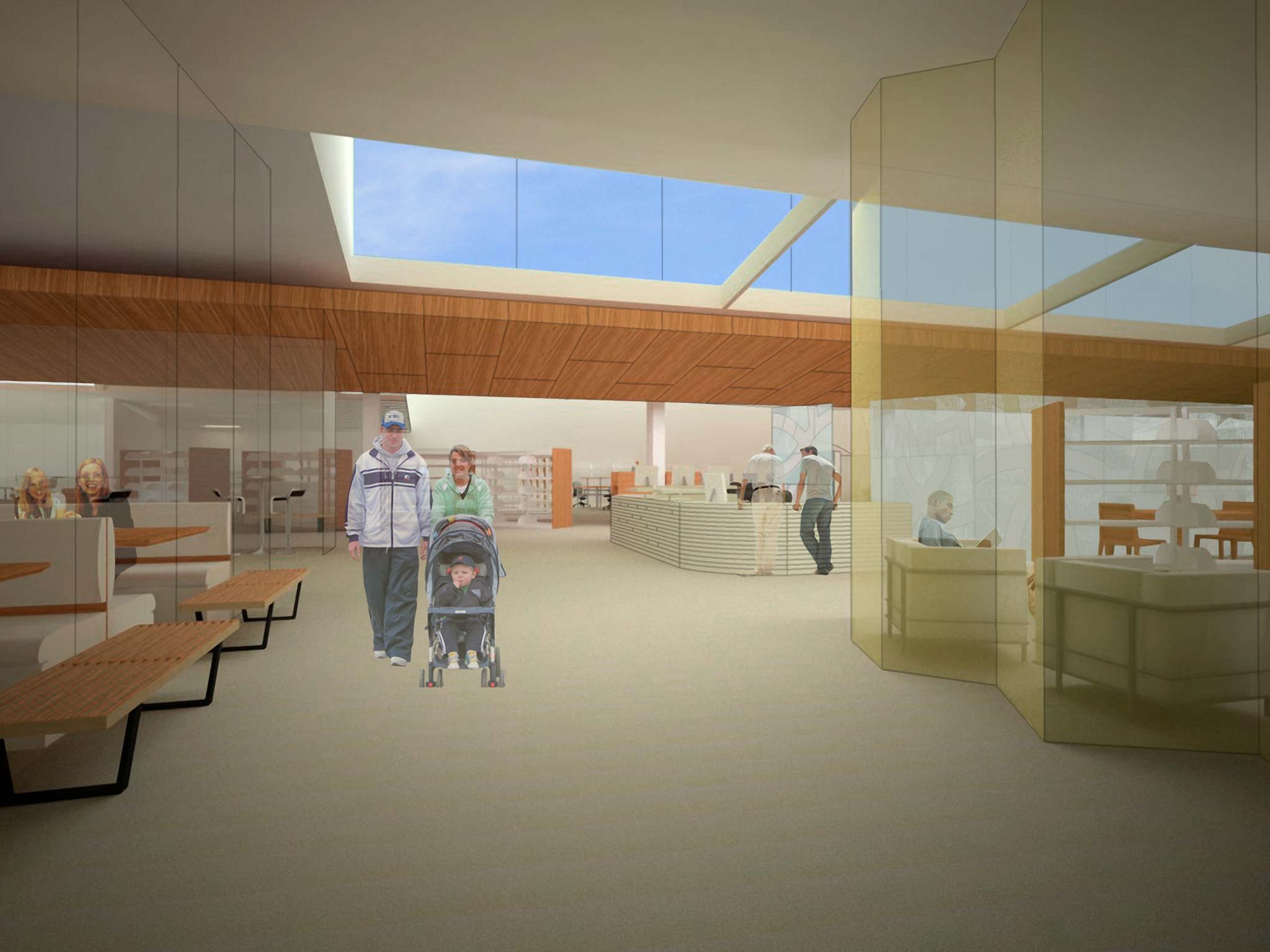 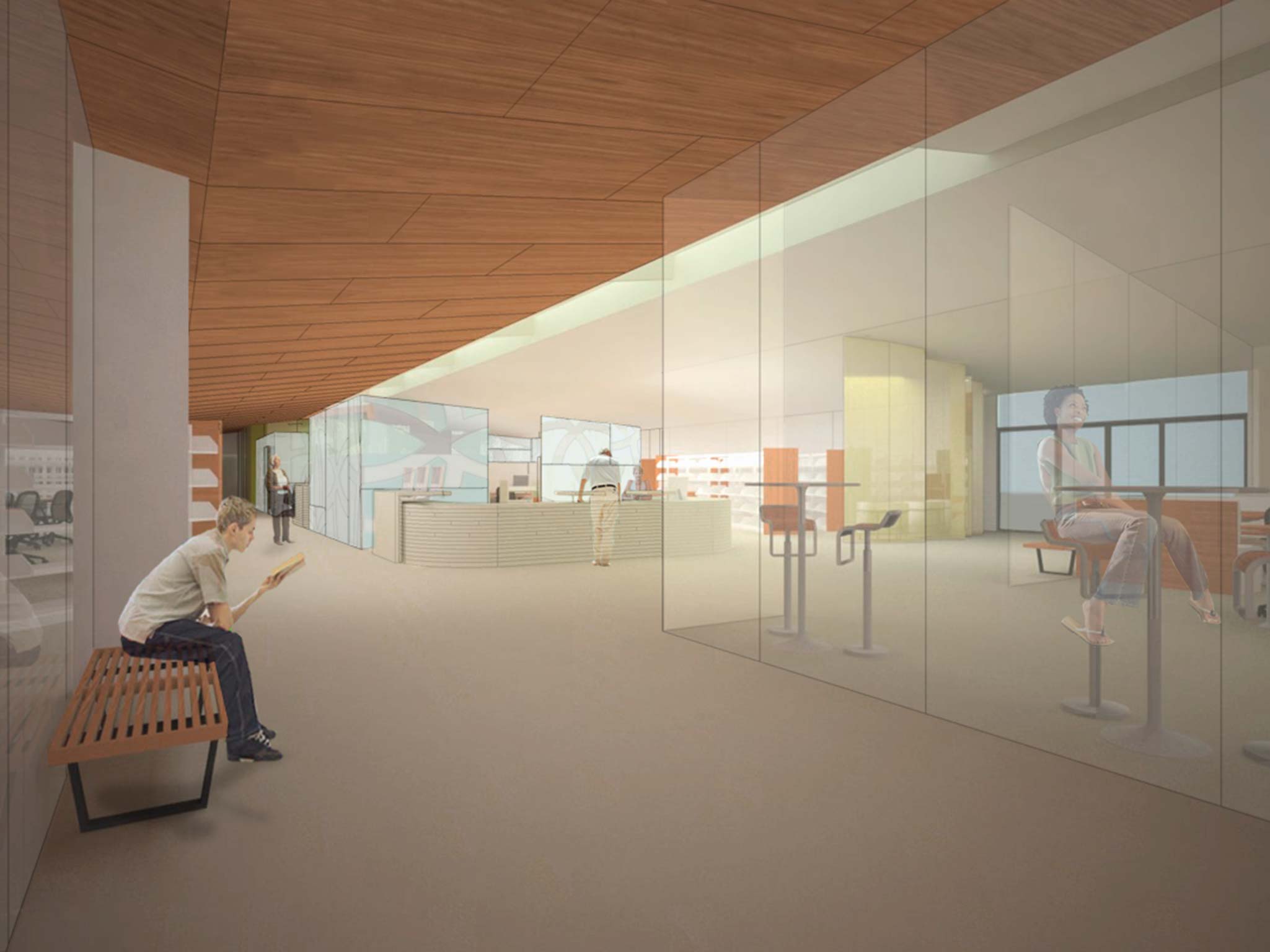 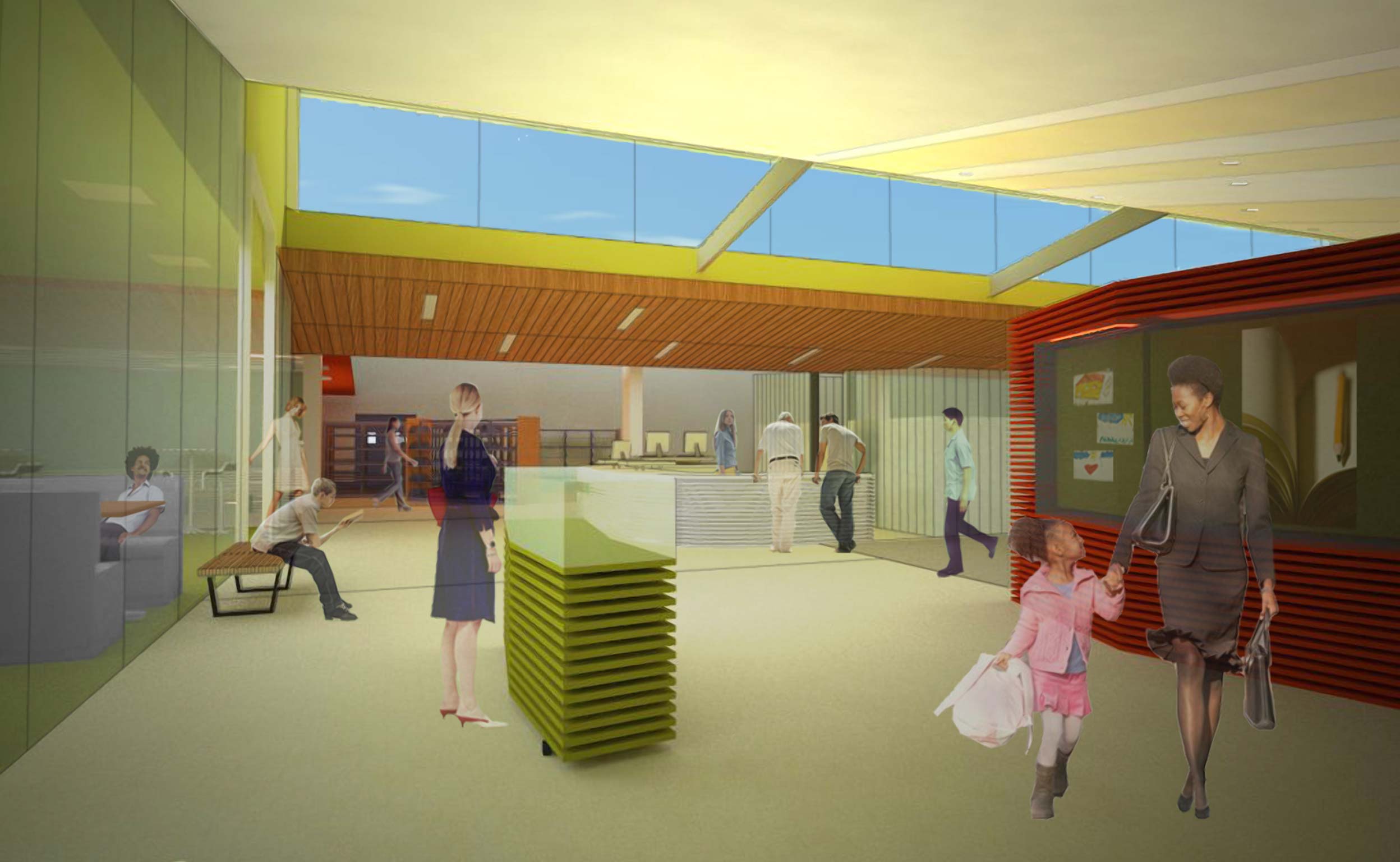 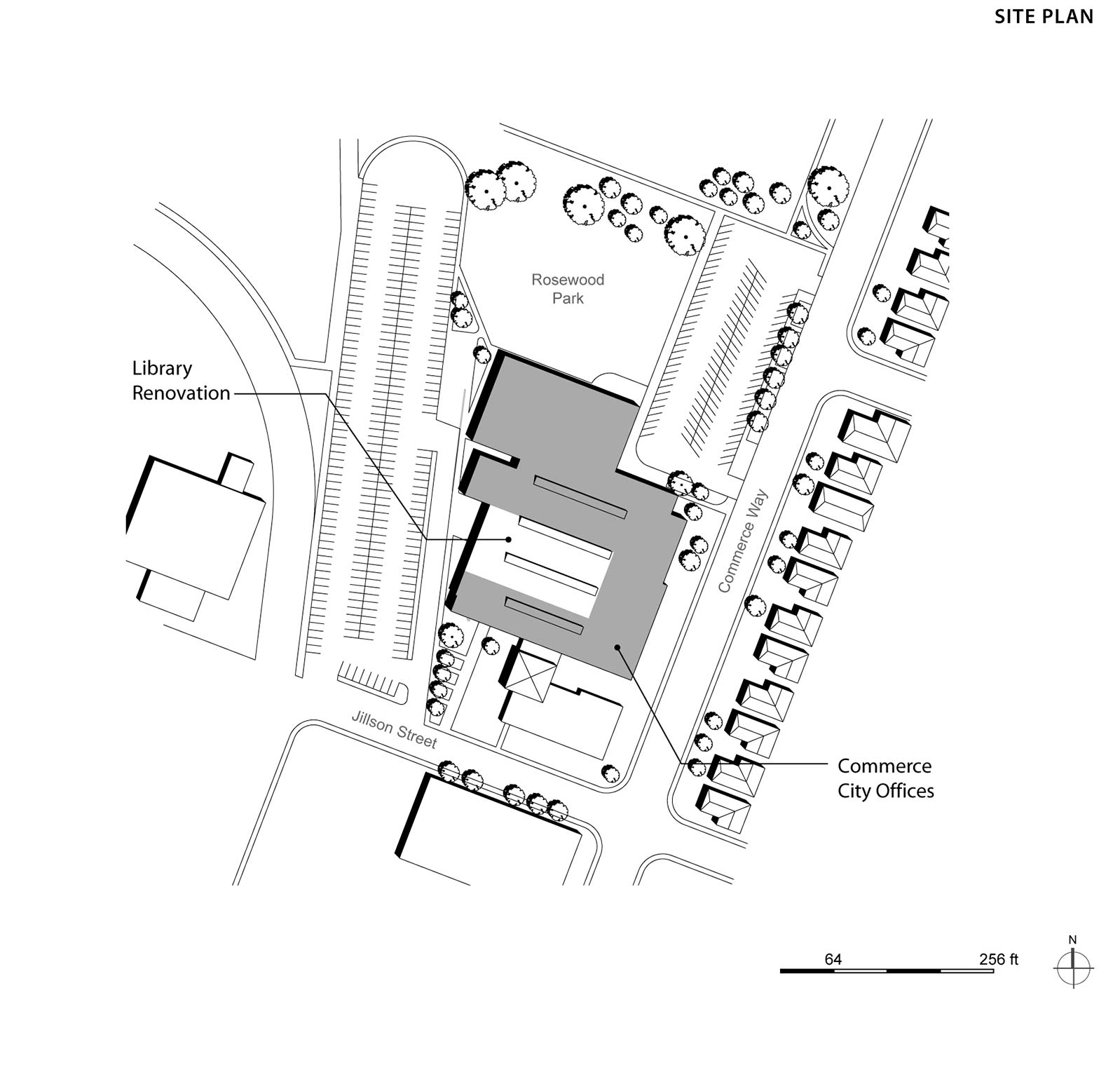 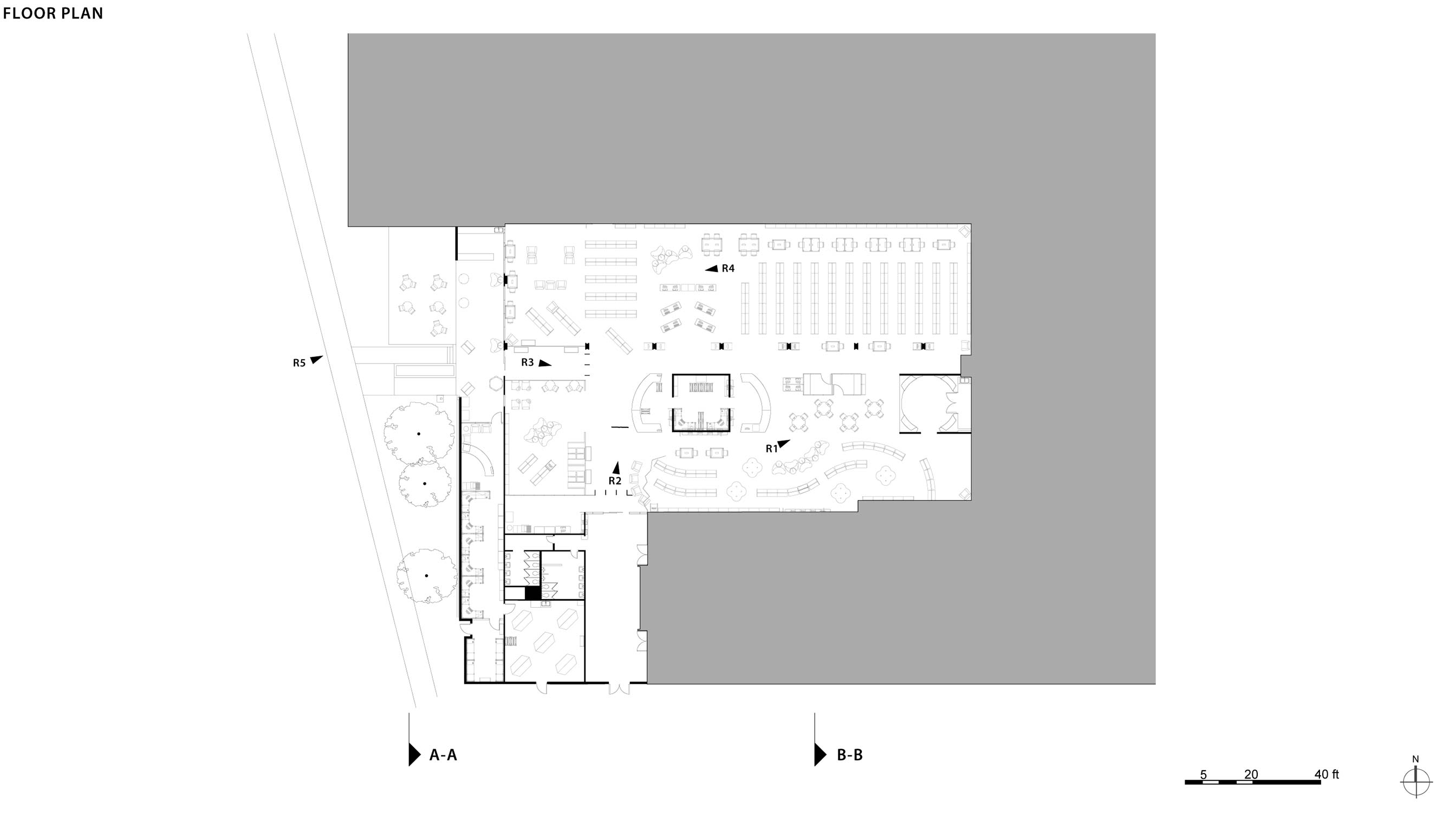 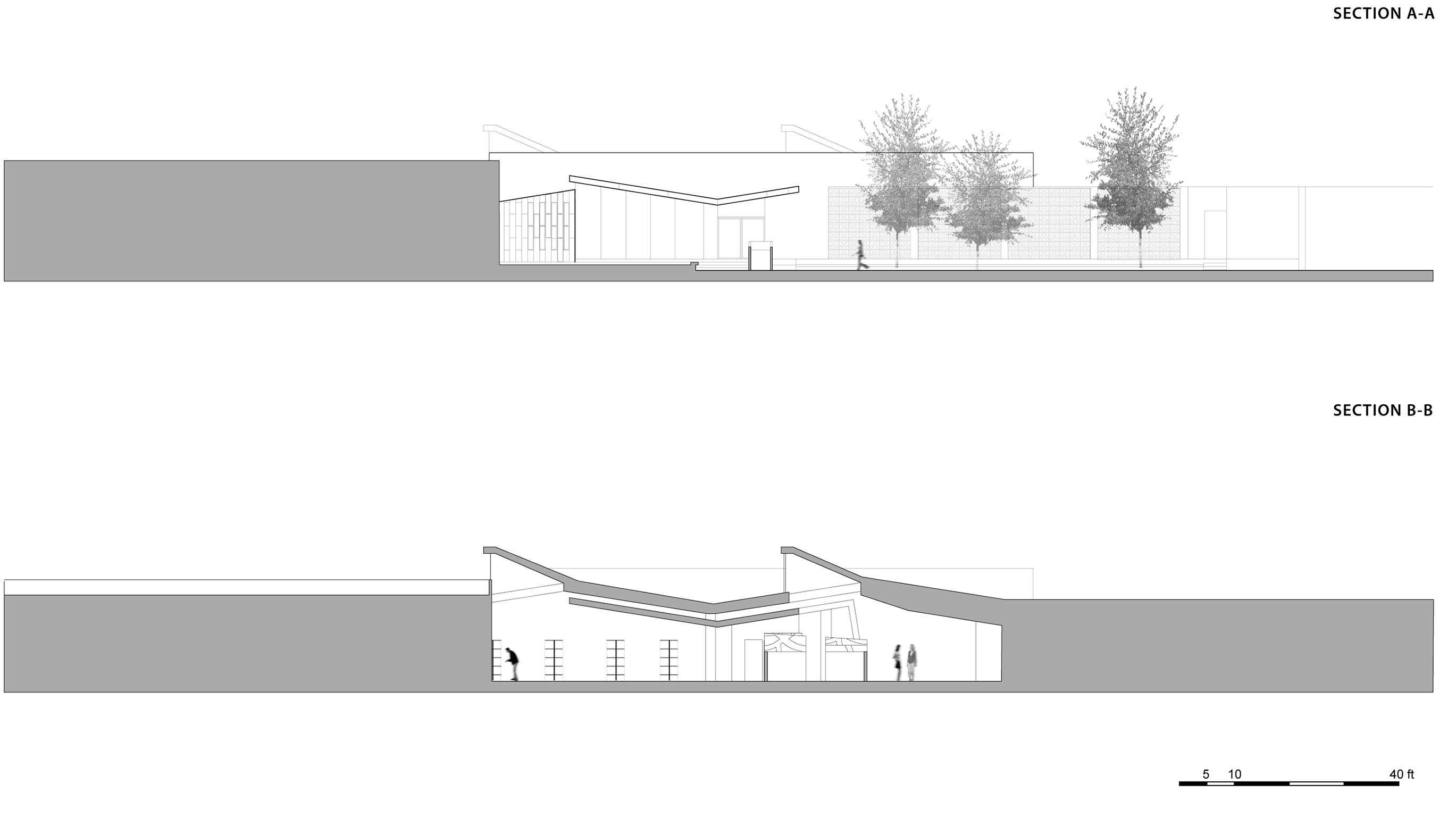