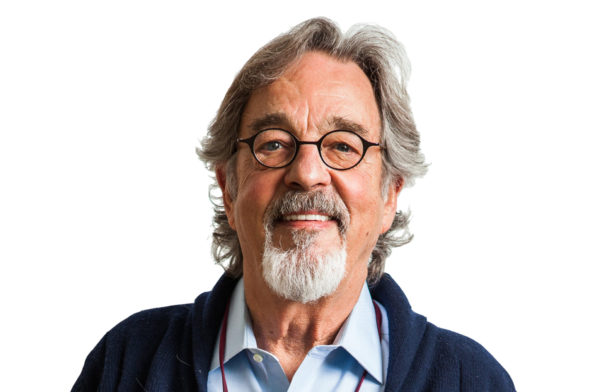 Richard is an award-winning architect, planner and urban designer with over 45 years of diverse experience in leading the design of a broad array of projects in architecture, planning, urban design, community design, transportation, Institutional, university, and corporate master planning

Prior to joining his son’s firm Assembledge+ in 2013, for over 18 years, Richard served as a Principal and Director of the Urban Design and Planning Studio at AC Martin Partners, Inc., an eminent architecture and planning firm in Los Angeles with a 106-year history. Under his leadership, the studio developed a national reputation with an award-winning portfolio that included significant projects in Campus Master Planning, New Community Planning, Urban Mixed-use Development, Urban Transit Planning, and Corporate Master Plans. The studios work in recent years developed a particular emphasis and expertise in sustainable practices.

Richard is also nationally recognized as an expert in planning for colleges and universities having directed the preparation of 30 College and University Master Plans, each of which has dramatically altered these campus environments and defined for each a solid vision for their growth and enhancement. Richard’s most recent master plans for both the main campus for Cal State San Bernardino and the Palm Desert satellite campus (accomplished in association with CRTKL) were each selected for awards by the American Institute of Planners.

Richard has a long history of planning for transportation, for example, he led the planning and design team that won the developer competition for the MTA’s North Hollywood Transit- Oriented Development District. He also led the design of the LAX Bus Transfer Center at LAX and the Monterey/Salinas Downtown Bus Center as well as the Orange County Multi-modal Transit Center in Santa Ana, all three of which have won a number of design awards. Most recently Richard led the design effort for a redevelopment of the Downtown Bakersfield Transit Center which has been unanimously approved by the Golden Empire Transit Authority Board and is currently awaiting funding this fiscal year.

Representative of Richard’s work in urban design is The Grand Avenue Master Plan, the centerpiece of downtown Los Angeles’ current revitalization. Selected by the Grand Avenue Committee to create an urban design plan for the neighborhood surrounding the Walt Disney Concert Hall, Richard, was instrumental in creating the blueprint for one of downtown Los Angeles’ most important undertakings. That vision is now being implemented by a master developer for this $1.5 Billion project.

Richard has also accomplished a number of projects in the Far East, leading the design of new communities, university campuses and resort projects in Korea, China, Japan, and Thailand.

In 2007, the American Institute of Architects (AIA) elevated him to its prestigious College of Fellows (FAIA), an honor awarded to members who have made contributions of national significance to the profession. Out of more than 85,000 members, fewer than 3500 are distinguished with this honor.

A dedicated urbanist, part-time painter and urban pioneer, Richard has lived in an artist’s loft in downtown Los Angeles’ Art district for over 24 years. “Downtown LA is finally beginning to live up to the hopes and dreams many of us have had for years.”