The Boashan Marina Development Concept integrates an urban design plan for a new marina, office, and shopping center in the Boashan District, located in the northeastern portion of Shanghai, China. Adjacent to the existing Shanghai Cruise Ship Terminal, the site fronts the Yangsi River at the mouth of the Hongpu River which leads into the heart of Shanghai.

Building upon the site’s location at the confluence of these two major rivers, the concept alludes to this transformation envisioning a change of scale from east to west – from small human-scaled “village” and gardens reflecting the ancient rural character of much of China – to a high rise scaled international office, hotel, entertainment and retail marina center which represents the globalization and future of Shanghai.

The plan envisions the commercial marina to service the growing recreational boating industry supported by the mixed-use project vision. A broad pedestrian promenade along the water and marina connects the retail, office and entertainment elements within Phase 1 as well Phase 2. Phase 2 envisions a low-density residential village, shopping area and wetlands park designed to preserve and enhance these natural environments along the western edge of the site. 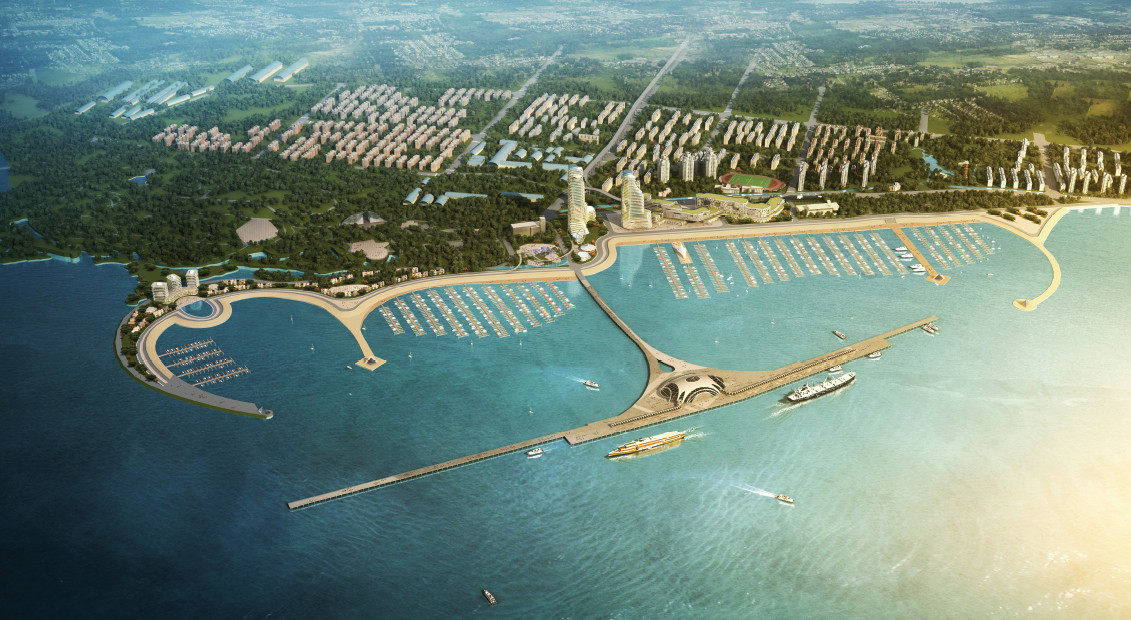 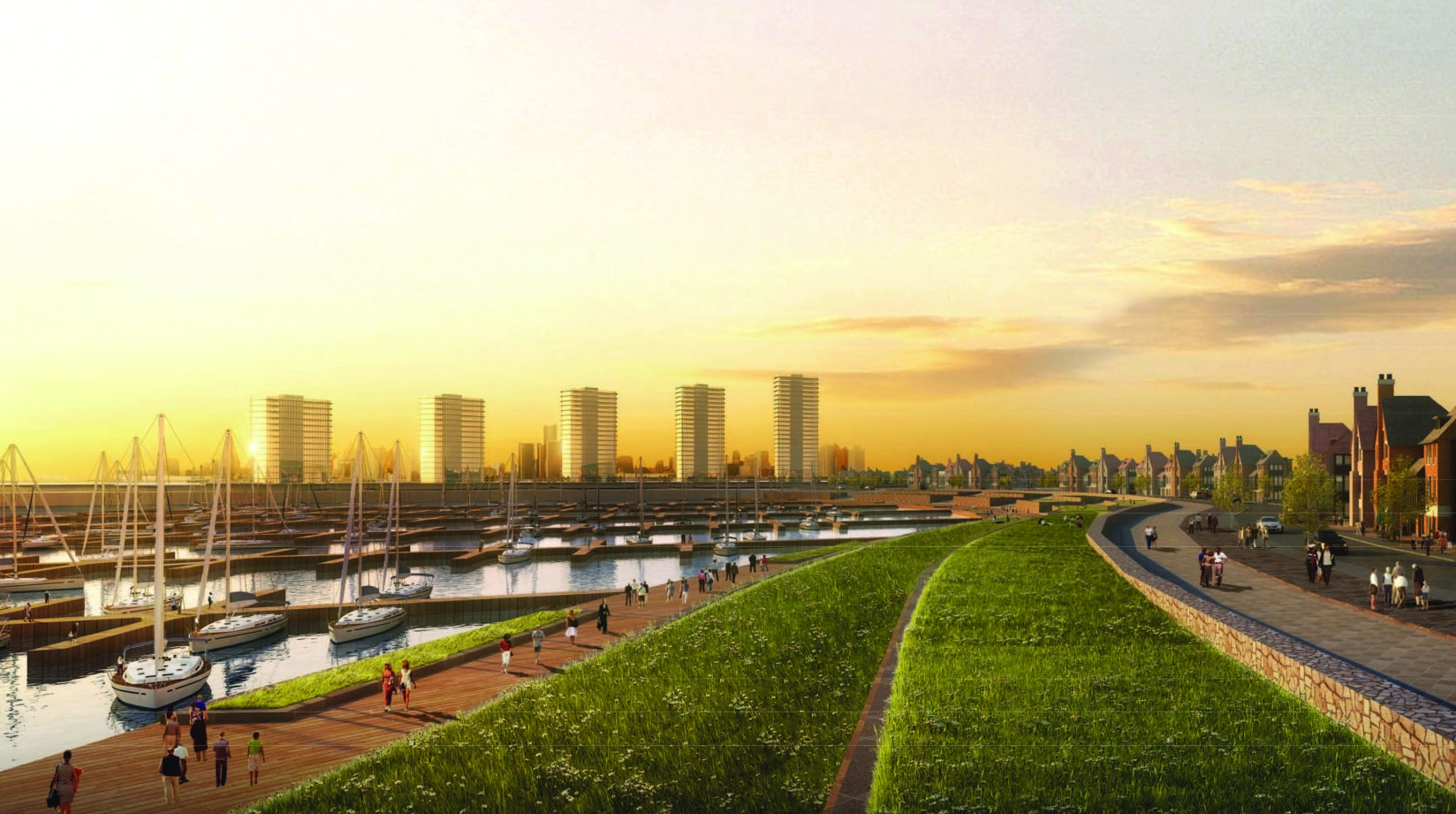