Located along the historic Grand Canal from Beijing to Hagzhou, Grand Canal Getaway is a new district being planned to create new infrastructure connections.

Assembledge+ served as Chief Urban Designer working with a local Chinese planning firm, UPDIS, to create this urban design plan for a new Gateway District in the City of Yangzhou along the historic Grand Canal from Beijing to Hangzhou.

The Grand Canal was recently listed as a World Heritage site and has historically played an important role in the economic and physical development of Yangzhou. Located just west of the historic center of the City along Wienchang Road, a major east-west thoroughfare, the site surrounds the intersection of the Grand Canal and Wienchang Bridge. The scheme includes a ne city center with office, civic and municipal buildings, residential, retail commercial as well as entertainment and park uses along both sides of the canal celebrating the canal and its importance in the development of Yangzhou.

The plan carefully allocates density and building heights to correspond to the location of planned subway stations following established principles of Transit Oriented Development. This link between public transit and land use density also creates a varied and interesting city skyline with variations in height allowing a changing silhouette throughout the district. 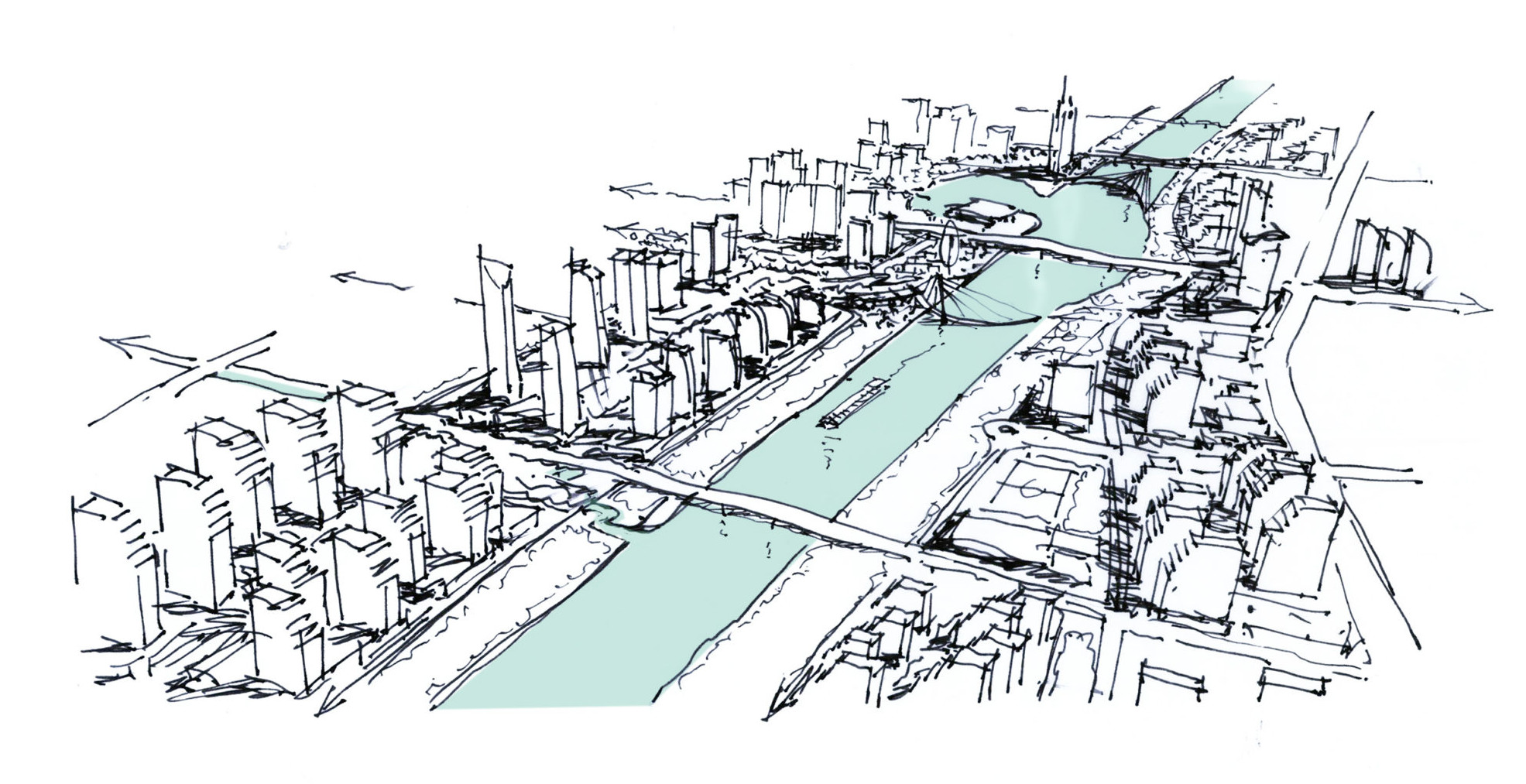 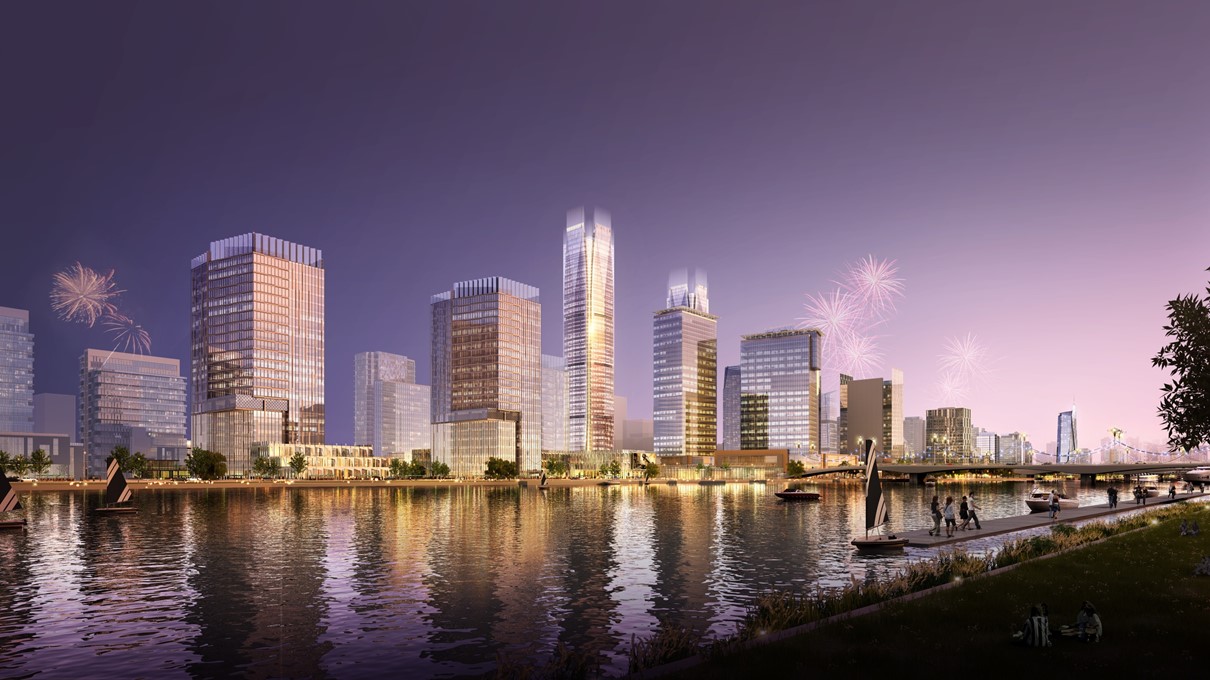